One thing that I really didn’t learn when I went to school was anything having to do with critical thinking. I was never asked what I thought about a particular topic or why I thought that way.

John DeGree has come up with The Classical Historian – The Socratic Discussion in History curriculum and it is so interesting the way it is learned.

In the box that I received was a DVD set that shows you how to teach the Socratic Discussion. That DVD set is very thorough! The other DVD that was included was John with two students, and they go lesson by lesson with you so that you can hear how he talks to them as well as some of their answers! This by far was the best part! 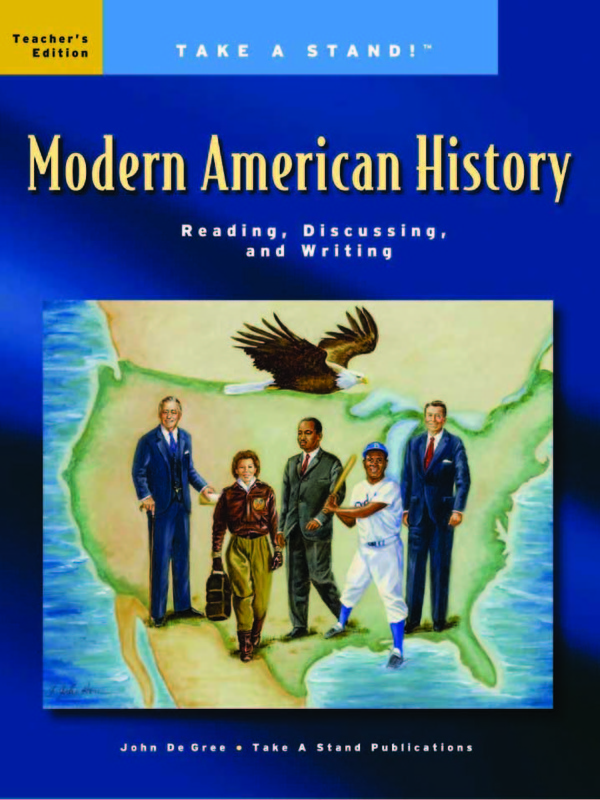 We got the Modern American History set. This was made for 9-12th grade.

Included in the set that I got was:

In the 32 week guide that was included, it goes lesson by lesson telling you what to do and when to do it. I love that! It makes it so easy! It lets you know what part to start the DVD on so that you can follow along with John and his students. It pauses long enough for you to answer the question, or if you are like me and have more than one child, you can pause the DVD yourself and give everyone time to answer. My kids loved hearing what the children on the video would say as they were close to their own ages.

It starts out pretty easy, talking about Fact or Opinion and then onto Judgment. It gets more thorough the further you go, but I like that it starts easy, getting their minds working. I did not get the history books that they offer and suggest you use, so I did not get into the deeper section of the curriculum because I wanted to order the history book to get the full learning in. I do suggest getting all of the books recommended because even though they say you can do this with any good history resource book, I think it would just be easier to use the one they suggest.

Eventually they will be writing a five paragraph essay. It also gives you examples of other essays and how they were graded, so that you can feel comfortable in grading the ones that your children turn in. That is so helpful! They also encourage family discussions at the dinner table and just conversation in general. I could go on and on about this product, but I have another item to include and didn’t want this to get too long. Make sure you check out their The Classical Historian for all of their products and more information. They go into detail a lot more than what I had room for here!  They also have sample videos and examples! 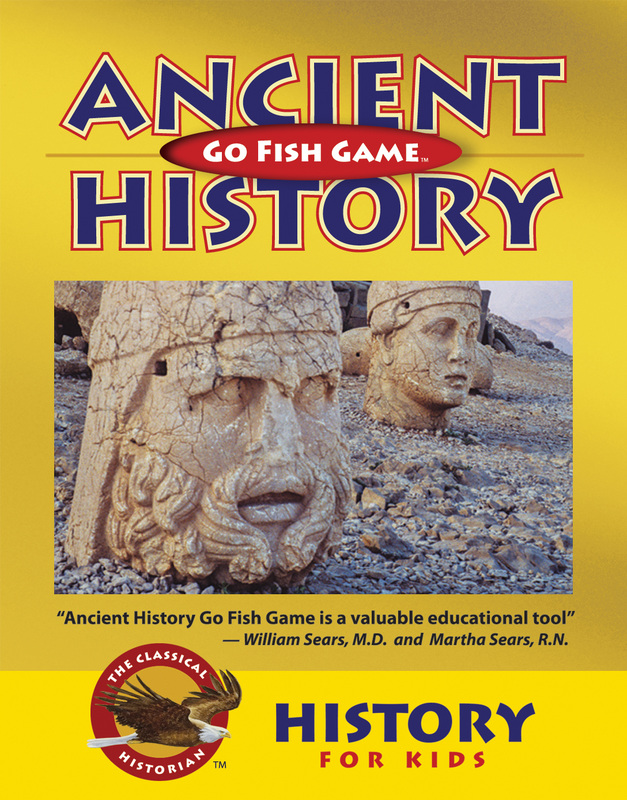 I was also asked to review a game from the same company. Ancient History Go Fish. And let me tell you, this game has become a new favorite in our house. I am not kidding. I was getting out the cards to take a picture of them for this review and they all begged to play a game. Anytime they see it they ask to play. It isn’t just a Go Fish game. Honestly, I think that would get old kind of quickly. But it is really four games in one!

The favorite game that my kids played is the Collect the Cards game. There are three hints on each card and you try to guess the card from those three clues. It was great because a lot of these were things that we studied last year in history. Some that I thought they would get because we studied so hard on them they totally forgot, but that was the first time of hearing the clues. After a couple times they got to collect many more cards.

I love that you can get four games from one deck of cards! The clues for Cleopatra were Last Pharaoh, Egypt and Wife of Julius Caesar.  You have to think on that one for a minute! Some of them are more vague as in the Roman Soldier card. Playing the first time, the kids had a hard time guessing what it could be even though we had just studied that time period in history a couple months ago. After a few rounds though, they all improved greatly and it was a terrific contest to see who could collect the most cards.

We even tried a game of memory. This is always a good game, one that we hadn’t played in a while! It was easier now that they had gotten an idea what cards were in each group, they knew what to look for when they played.

All in all, I am very impressed with this company and their items that they offer! I am looking forward to delving into the curriculum more when I get the books that they recommend! It will be great to chat with my kids about this kind of thing! I very much enjoyed The Classical Historian and Ancient History Game.

4 Responses to The Classical Historian and Ancient History Game